Notwithstanding the large evidence base which attests to the reality of Dissociative Identity Disorder (Dorahy et al, 2014; Brand et al 2016) myths and misconceptions about DID continue to circulate. Confusion within as well as outside the mental health field about the status, etiology, and impacts of DID impedes recognition and effective treatment of it. This two-part webinar introduces the nature and core features of DID, dispels common recurrent myths surrounding it, and presents key principles of effective therapy for it. Building on knowledge of how healthy developmental trajectories are disrupted by childhood trauma which generates the need for coping strategies, it locates DID as a multifaceted dissociative coping system which while initially protective becomes debilitating and disabling if the underlying trauma is not addressed.

Please note that DID is a sophisticated and intricate mode of self-organization, effective therapy for which requires clinical experience and skills which this webinar does not provide. Rather the aim is to equip therapists with basic knowledge of this widely misunderstood coping system, to recognize the potential but also limits of standard therapeutic modalities in relation to it, and optimal ways of proceeding (including appropriate referral) where necessary.

To the extent that the self is non-unitary and `[w]e all have parts’ (van der Kolk, 2015) basic understanding of the differences between healthy multiplicity and the dissociative trauma-generated self-states of DID is important for all clinicians irrespective of clientele and modality - Pam Stavropoulos 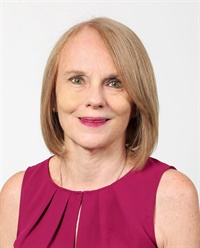 Pam Stavropoulos PhD is a Sydney based educator, consultant and psychotherapist. A former Fulbright Scholar and twice winner of the Pierre Janet Writing Award for the best clinical, theoretical or research paper in the field of dissociation and/or trauma, she is a member of the International Society for the Study of Trauma and Dissociation (ISSTD) and co-authored the nationally and internationally endorsed Practice Guidelines for Clinical Treatment of Complex Trauma (2019, 2012). Formerly Head of Research with the Blue Knot Foundation, Pam has held lectureships at the University of New England and Macquarie University, from which she left her tenured position to study and practise psychotherapy, and is a former Program Director of the Jansen Newman Institute, Sydney. The author of Living under Liberalism: The Politics of Depression in Western Democracies (2008) she has written research reports in the community health sector and is a clinical supervisor who specialises in complex trauma-related issues.

Recorded version available to view for 3 months after event.

Reminders will be sent prior to your live webcast event with a link to your account at https://www.pdp-catalogue.com.au where you will see your purchased webcasts.

You will need a steady internet connection, and a device such as a computer, tablet or phone upon which to view and participate.

Learning objectives of this training:

How will participants benefit from attending this presentation?

WEBINAR PART 1: ENHANCING UNDERSTANDING OF DID

The nature of multiplicity, different forms of dissociation, and the benefits of a continuum model

The non-unitary self and the state theory of personality (Putnam, 2016)

The Trauma vs Fantasy Model

Key principles for working with DID: helpful concepts and techniques (informational only)

Prior knowledge of the nature of complex trauma, key features of trauma-related dissociation, and the relationship between coping strategies for early life stress and subsequent symptoms is beneficial but not essential. The training will introduce this foundational material from which focus on the mental configuration of self-states known as DID will proceed.