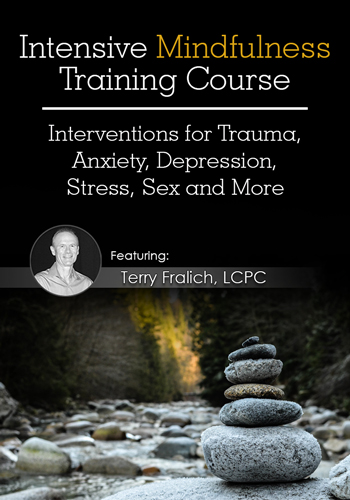 Yet clinicians continue to struggle with understanding how to implement mindfulness interventions into their practice.

That's why we're offering this intensive online mindfulness course to give clinicians like you a step-by-step guidance on how to incorporate simple, effective, and practical mindfulness interventions in your practice to help clients achieve deeper healing.

Through experiential exercises, interactive discussion, case studies, and handouts, you'll take away practices that will enhance your current clinical approach and provide you with a mastery level understanding of the brain-changing power of mindfulness in therapy.

$479.95 Value
Today Only $249.95 (GST Inclusive) — Unbelievable Savings!
GET STARTED TODAY!
Plus, earn up to 12.5 CPD Hours included in the course tuition.
Maximize your clients' capacity for change with mindfulness tools, strategies, and techniques that address the neurological processes that underlie today's most challenging clinical conditions.

In this clinical training, author and mindfulness expert, Terry Fralich, LCPC, will guide you step-by-step through four modules of mastery-level training.
Module 1 develops the foundation of skills you need to incorporate mindfulness in your practice. Dive into the neuroscience of mindfulness to understand how mindfulness can change the brain and improve therapeutic outcomes. You'll learn how to introduce mindfulness to your clients as a skill-based path for enhanced healing. Topics include:
Module 2 deepens your understanding of mindfulness practice by showing you how to use practical skills and tools to calm the body's hard-wired responses and improve self-regulation. Highlights include:
Module 3 guides you through simple ways clients can focus attention and practice loving-kindness for the self and others. You'll also learn strategies for building comprehensive and cohesive mindfulness practices that are easily implemented into your clients' demanding lifestyles. Discover tools and techniques for:
Module 4 explores powerful tools and handouts to help your clients apply their new mindfulness skills in their daily lives to change unhealthy habits and enhance their healing. You'll learn skills for:
Throughout the four modules in this intensive course, you'll walk step-by-step through unique, experiential exercises focused on:
Intensive Mindfulness Training Course
Interventions for Trauma, anxiety, depression, stress, sex and more

Valued at $479.95
Just $249.95 (GST Inclusive) Today — Unbelievable Savings!
GET STARTED NOW
Enroll today and we'll give you these FREE BONUSES! ($39.95 Value)
PDF Book: The Five Core Skills of Mindfulness: A Direct Path to More Confidence, Joy and Love
Unlike general definitions and concepts of mindfulness, Five Core Skills describes, in clear language, a skill-based and integrated practice you can use right away to reduce stress, minimize suffering, and enhance the life of your clients.

With the insights, exercises, and meditations in Part One, all the resources are there to help you experience peace through living more mindfully. In Part Two, author Terry Fralich draws on his 35 years of experience with personal essays about mindfulness in the context of nature, relationships, sex, and service — sharing the magic and miracles fully revealed with mindfulness practice over time.

PDF Book: Cultivating Lasting Happiness: A 7-Step Guide to Mindfulness, 2nd edition
Cultivating Lasting Happiness is the definitive practical guide to understanding mindfulness. Terry Fralich has created a path for developing awareness and skills to minimize suffering and maximize positive states — all to enhance well-being. With insights, case examples, exercises, meditations, and practice guides, you have all the tools to weave the seven steps of mindfulness into a beautiful tapestry and establish a more creative and joyful way of life for yourself and your clients.

Exclusive Q&A Call Recording
Register now and access an exclusive Q&A recording where Terry Fralich, LCPC, answers specific questions about mindfulness for clinical practice.
The Next Steps in Advancing Your Practice
Watch your email for your order confirmation, and get instant access to all course materials, including the bonus materials — all designed to help you effectively integrate mindfulness into your practice and your life. Click here for course objectives and outline.
Review the course materials at your own pace and at your convenience! You'll have unlimited access to all course videos and materials online forever. Plus, use the PESI Mobile™ app to access the course content on-the-go, wherever and whenever you want on your mobile devices.
Instantly collaborate with other professionals on the course materials through interactive message boards. You'll be part of a community of hundreds of practitioners all focused on integrating mindfulness into clinical practice, providing valuable opportunities to share insight and experiences and to build your professional network.
Complete your online CPD tests and earn up to 12.5 CPD hours!
Continuing Professional Development Certificates
PESI AU offers quality online continuing professional development events from the leaders in the field at a standard recognised by professional associations including psychology, social work, occupational therapy, alcohol and drug professionals, counselling and psychotherapy. On completion of the training, a Professional Development Certificate is issued after the individual has answered and submitted a quiz and course evaluation.
About the Course Expert: 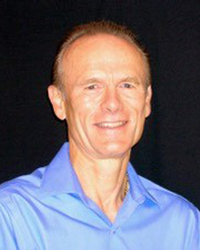 Terry Fralich, LCPC is a Licensed Clinical Professional Counselor with a private practice in Southern Maine and a former Adjunct Faculty Member of the University of Southern Maine Graduate School. He also is an attorney who practiced law in New York City, Los Angeles and Portland prior to becoming a counselor. During that time, Terry studied extensively with His Holiness the Dalai Lama, other leading Tibetan teachers and with some of the American pioneers of mindfulness. Inspired by their teachings and his own study of psychology, mindfulness and meditation, he earned a master's degree in clinical counseling, left the practice of law and began his counseling and teaching activities. Terry is the author of The Five Core Skills of Mindfulness: A Direct Path to More Confidence, Joy and Love and Cultivating Lasting Happiness: A 7-Step Guide to Mindfulness.

Terry is a co-founder of the Mindfulness Retreat Center of Maine. He has led more than 300 seminars and retreats on mindfulness, meditation, emotional intelligence, stress reduction, and the latest developments in neuroscience. In addition, he taught mindfulness, meditation and behavioral change for six years at Maine Medical Center's cardiac rehabilitation program and the Cancer Community Center in Southern Maine.

Speaker Disclosures:
Financial: Terry Fralich is in private practice. He receives a speaking honorarium from PESI, Inc.
Nonfinancial: Terry Fralich has no relevant nonfinancial relationship to disclose.
100% Satisfaction Guarantee
Register for this intensive training course without risk. If you're not completely satisfied, email us at courses@pesi.com. We're that confident you'll find this learning experience to be all that's promised and more than you expected.
Intensive Mindfulness Training Course
Interventions for Trauma, anxiety, depression, stress, sex and more